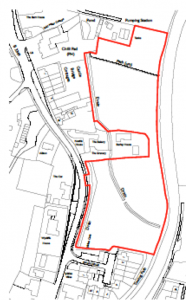 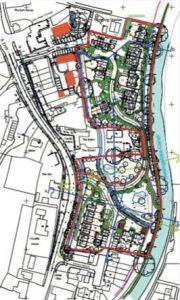 The Whitewater Valley Preservation Society registers its objection on behalf of our members to the above application. The Society believes the proposed development would have a detrimental impact upon the Whitewater Valley and would damage the rural character of the valley.

The development as proposed would adversely affect two Conservation Areas – those of North Warnborough & Basingstoke Canal – and a Site of Special Scientific Interest (SSSI), the Basingstoke Canal.

The proposed development raises issues regarding the rich biodiversity and ecology of the SSSI and the historic landscape, contrary to the National Planning Policy Framework (NPPF) paragraph 109.  As required by the Environment Agency and the Ecological Appraisal provided, a 10m buffer zone – which is free from lighting and domestic gardens and landscaping – must be implemented. The Society objects to a link road between the two halves of the site, which intrudes on what should be an undeveloped buffer zone, and is a footpath in the neighbourhood plan.

The Society also objects to the proposed layout, which would develop a suggested undeveloped area identified in the Odiham & North Warnborough Neighbourhood Plan, which would help preserve important views across the site from the Basingstoke Canal.

The River Whitewater is an identified Site of Interest for Nature Conservation (SINC) and is already failing to meet Good Ecological Status (GES) as identified by successive Riverfly Censuses commissioned by the Society. As GES is required to be met under the Water Framework Directive, there is a real concern that additional pollution will inevitably result if the application as proposed were to proceed in addition to already granted development at the Chilli Pad and being sought to the rear of Castle Bridge cottages. The GES status is not recorded when considering Water Quality in the Flood Risk Assessment and Drainage Statement.

Neighbouring residents have submitted copious evidence and case studies, which demonstrate the existing surface flood risk experienced regularly on this site and surrounding lower elevation sites adjacent which include many listed buildings. These flood events are not recorded in the Historical Flooding report in the Flood Risk Assessment and Drainage Statement provided by the developer.

Moreover, this development raises issues regarding the structural integrity of the Canal, which can only further increase the risk of major flooding events on a site that is lower than the canal and undercuts its 225 year old structure.

Climate change will further increase the flood risk as we expect more frequent and severe storm events. The Environment Agency guidance recommends +70% for peak riverflow allowances for the Thames River Basin, in which the River Whitewater is situated, over the lifetime of the development.

The Flood Risk Assessment and Drainage Statement provided by the applicant is inadequate for a sensitive site in the flood plain of the River Whitewater.

All the above matters and environmental impacts are exacerbated by the applicant continuing to propose substantially more houses for the site than the Odiham & North Warnborough Neighbourhood Plan proposed.

This site uses Akismet to reduce spam. Learn how your comment data is processed.

Whitewater Valley society has published its guidance on key planning issues with regard to the Bunkers Hill solar farm proposal https://www.whitewatervalley.org.uk/bunkers-hill-solar-farm-how-to-respond/

To email, please replace (at) with @ symbol and remove spaces. This is to prevent automated spam mail.

To complete the reCAPTCHA, click on all the boxes in which the specified objects, or part objects, appear.